The classic red and black buffalo check shirt has achieved iconic status in American outerwear, conjuring idyllic images of rugged men lumber jacking across the forests of Maine or thickets in the Pacific northwest. Originally designed by the long-standing American outdoor company Woolrich, in a small Pennsylvania town by the same name, the warm crisscross fabric pattern has been appropriated by urban goers as fashion and is widely popular across the world. So much so that a shirt from the company directly costs at least $100 while imitations are available on Amazon for as little as $7.00.

It comes as no surprise, then that after running the mill since 1830 for nearly 200 years, Woolrich shuttered its final homegrown mill in Woolrich, PA in 2018. While the brand has been severed from its American manufacturing origins, it now floats as a luxury brand across the world. Drawing on company history and a series of interviews conducted with textile workers from this quintessential American company, we identify how this historic mill leveraged its glorious legacy into a brand that sold for 140 million dollars in recent times. 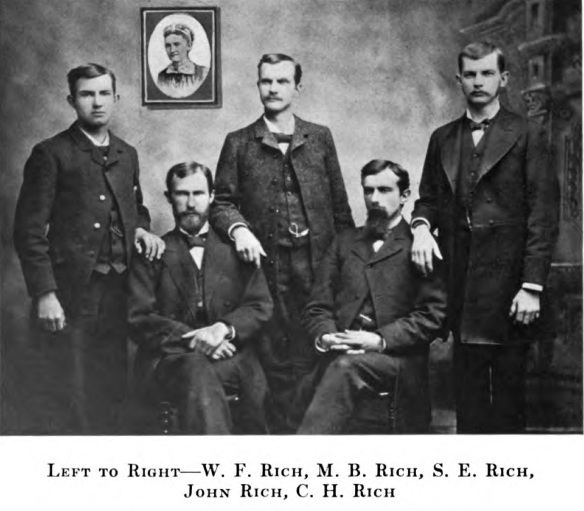 Woolrich was established in 1830 by John Rich, an immigrant from England who travelled to local lumber camps selling woolen fabrics. By 1845, the enterprising Rich built a water hungry mill near a creek 200 miles west of New York City. In 1888, this fledgling township would later be renamed Woolrich. A coveted company town priding itself on high-quality fabric production, Woolrich mills supported generations of American workers and their families. The first 100 years of the firm are richly documented in this company history published in 1930.

The decision to close the mill for good was finalized in 2018 after years of experimentation which tried to keep local production afloat, including attempts at diversification going as far back as 1860 when the company produced wool blankets for Union soldiers fighting in the American Civil War. So successful were these blankets that Woolrich would once again produce them for American military personnel during both World Wars. Shirts, pants, jackets, and caps made from yarn became coveted commodities that even members of the working class could afford as industrialization not only increased incomes, but also contributed to the clearer divisions between work time and leisure time.

For every shift in American political economy, Woolrich set trends and catered to the public’s demand for textile accoutrements ranging from hunting gear like the classic “Pennsylvania tuxedo” to automobile robes for the booming driving culture resulting from the growth of American highways during the 1930s. In 1939, Woolrich even supplied all 1,296 wool garments to Admiral Byrd’s team for three unique expeditions to Antarctica which Byrd alludes to in his exploration diary published in 1930.

By the mid-twentieth century, the company began producing for outdoor brands including Eddie Bauer, L. L. Bean, and Land’s End. Production for other private labels exceeded manufacturing for their own brand by the 1980s, when U.S. employment at the plant peaked. Meanwhile, sourcing agents from immensely profitable discounters like Kmart were increasingly searching for lower labor costs in Mexico and East Asia. Brands across the fashion industry were faced with the existential triple threat of discounting, outsourcing, and shareholder demands for immediate dividends.

In 1984, the company maintained American manufacturing and partnered with WP Lavori in Corso to begin distributing products in Italy and the rest of Europe. By the nineties, the Woolrich mill lost profitability, and executives led by the Woolrich family pivoted toward the symbolic geography of American heritage. In 1998, WP Lavori purchased rights to design, produce, and distribute products under the Woolrich brand.

“History — history — is what WP Lavori sold when they introduced the brand to Europe. So, they were selling heritage, American heritage more than history if you will. And that’s what made the brand standout.”

While the American mill continued to operate after the licensing agreement with WP Lavori, the seeds of atrophy were sewn. At full capacity in 1988 with over 3,000 employees, the firm slashed half its work force by 1990 and shut six plants in Pennsylvania, Colorado, and Nebraska between 1991-95. By 2016, the crew was whittled down to a bare bones staff of 45 individuals and faced a grim future. In 2016, the American Woolrich Inc. merged with Woolrich Europe to form Woolrich International.

A final blow to the American manufacturing side of things came in 2018 with the complete shutdown of the mill and the majority stake being sold to L-Gam, a Luxembourg-based investment company established in partnership with the Princely Family of Liechtenstein. The Woolrich heritage brand was bought for 140 million dollars, suggesting that while the manufacturing origins and distribution networks of check shirts and blankets would change depending on global trends, the brand was classically chic and its longevity would shepherd it forward.

The marketing line shifted from “Made in the USA Since 1830” to “American Soul Since 1830,” creating a sense of continuity with the company’s history while leaving behind explicit claims to American production.“The Original Outdoor Company”, despite its low points, had history, heritage, and nostalgia that could be leveraged in creative new ways.

As scholars of business history, industrial sociology, and global textile production, we identify five phases of transition that Woolrich faced, and the path that led them to double-down on brand equity, one that derived strength from the entrepreneurial legacies of those that built the company over the decades.

This decline of spatial geography is not limited to the United States. Evidence from across the world, especially in emerging economies, suggests that textile manufacturers are divesting from historic core competencies of heavy machine production and industrial organization to building brand equity and leveraging their own illustrious historical past to do so.

Parallels to the Woolrich story are evident in India, the largest producer of cotton in the world. Arvind Mills, of the Lalbhai Group in Ahmedabad, is India’s largest denim manufacturer and one of Asia’s top exporters of jeans. Established in 1897, the firm led textile production during anti-colonial struggles of the 1930s and emerged as top-tier apparel manufacturer in the post-Independence period after 1947.

“Arvind was at that time a 100% domestic company, making women’s fabrics, women’s blouse pieces, dress materials, and things like that. We were into all these domestic product categories. We were a very premium company. Our products were very well-known. Our brand was very well established. It had a history of success. It had excellent management. It had very good distribution. But these products started getting manufactured by the power loom at much lower prices and the distribution we had started buying from them, rather than us. It was quite obvious that we would die. I started realizing in the ‘90s that the most rewarding thing would be to make the final apparel and brand it because branding gives you that pricing power. Branding differentiates and once you build a brand, you can command a different pricing vis-à-vis the commodity.”

While Arvind continues to produce fabrics, they are increasingly moving towards building a portfolio of brands, both international and homegrown. The strategy has been to divest themselves of manufacturing assets and mills, taking a distinctly asset light approach to maintain agility and move up the value chain. In addition, they are moving away from organic materials like cotton in favor of synthetic fabrics that are cheaper to produce and easily manipulated to achieved desired fabric quality. As major players have retreated from manufacturing, first-tier suppliers have absorbed former brand competencies. Not only manufacturing, but quality control and even garment design are now routinely expected from suppliers.

What these studies have taught us is that brand equity is decreasingly tied to productive capacity. What matters at Woolrich is not being Made in America, but capitalizing on the symbolic geography of “Americana.” The authentic image of Americana derives from 187 years of local production, but the image has become more powerful than the fact. Indeed, Woolrich found greater success abroad than at home. In Italy and other parts of Europe, the symbolic geography of heritage at Woolrich was held in higher esteem than the physical geography of actual production.

Across India today, many long-standing companies across industries, such as Arvind, Raymond, and Tata, are moving up the value chain into retail outlets. As companies strategize financial boom and bust cycles, our research demonstrates how history can be strategically leveraged to build global brand equity, especially in a world that no longer values small company towns, multi-generation mill workers, and costly fixed assets.

Finally, moments of crisis such as the current pandemic are ideal times to leverage brand equity. Whether it is Woolrich licensing their name to foreign manufacturers amidst de-industrialization in the 1980s, outright selling their brand in recent years, or Arvind gradually moving away from physical assets to build brick-and-mortar stores across India, these companies demonstrate how historical legacies can be tapped to build truly global brands that can withstand uncertainty.